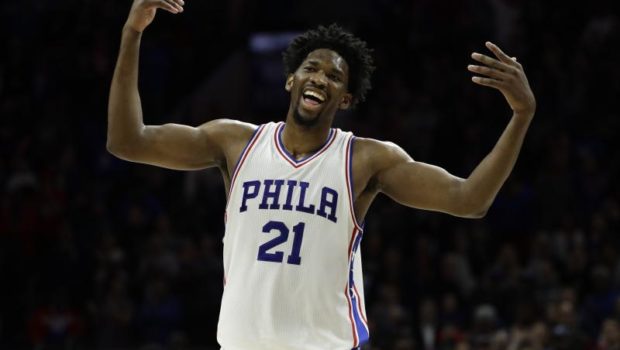 Despite last year’s 28-54 record, the Sixers rank ahead of recent postseason attendees such as Atlanta, Indiana and Chicago. Why? Because JJ Redick is an ideal fit at the 2, and fellow free-agent acquisition Amir Johnson has always been a plus-minus darling.

Because Joel Embiid (above) helped Philly post a positive net rating when he was on the floor last season. Because Robert Covington is the best defender you pay zero attention to.

Yes, the Sixers will basically be playing two-and-a-half rookies in their first unit. (Embiid and his 31 career games make him, by some unscientific calculus, half a rookie.) Markelle Fultz and Ben Simmons are going to struggle for long stretches. It’s inevitable.

But this is a fantastic foundation with loads of talent that should improve alongside reliable vets.

Right now, they’re the No. 8 team in the East, which means this is a playoff prediction: