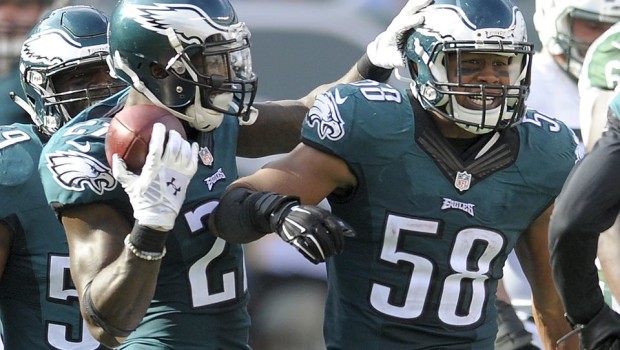 THE SECRET IS OUT! EAGLES’ LB JORDAN HICKS IS A SUPERSTAR!

Key stat: Had the league’s lowest passer rating allowed (53.7) of all linebackers in 2016.

Hicks was arguably the league’s best coverage linebacker in 2016, and that continued a trend of impressive coverage grades since he entered the league. His play against the run has been less impressive, but in a passing league, his ability to make plays on the ball and limit the damage done in his coverage has been a big part of Philly’s defense: