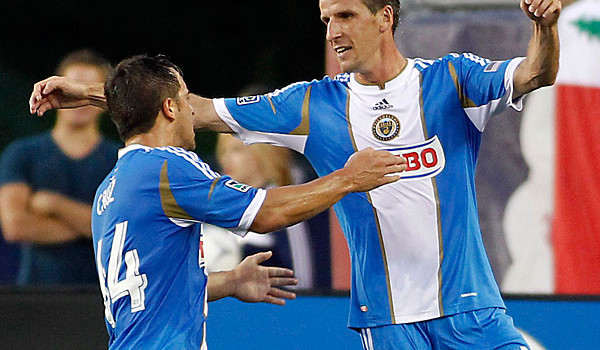 WHY SEBASTIEN LE TOUX IS THE GREATEST PLAYER IN UNION HISTORY!

Le Toux enjoyed two stints with the Union, the first two seasons for the expansion Union in 2010-11 and then back for a second tour of duty from 2013-16. Le Toux made quite an impression to start, scoring a hat trick in the Union’s first-ever home game. He’s Philly’s all-time leading goal scorer (56) and has more games played for the Union (175) than any other player.