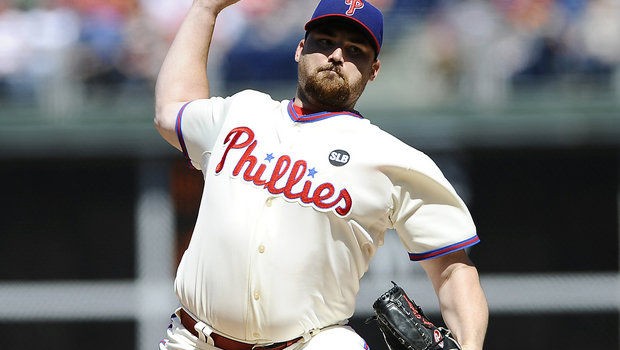 If it felt like St. Patrick’s day yesterday at Citizens Bank Park, Sean O’Sullivan would have led the parade.

The Phillies shipped O’Sullivan to minor league camp last month because they figured they had better options to be their No. 5 starter.

But as those options dwindled because of the ineffectiveness of other starters in camp, O’Sullivan suddenly became the logical choice. It surprised nobody last week when the Phillies announced he would pitch Sunday’s series finale against Nationals ace Max Scherzer at Citizens Bank Park, but perhaps O’Sullivan’s performance did.

O’Sullivan held his own against Scherzer in the Phillies’ 4-3 loss in 10 innings. O’Sullivan allowed five hits and two runs with one walk and five strikeouts in six innings.

“I was happy being able to get through six there,” O’Sullivan said. “And with Scherzer on the other side, to be able to limit damage when I got in a little trouble there, I kept the crooked numbers off the board.”

O’Sullivan allowed a solo home run to Bryce Harper in the first inning and a run in the fourth inning that might not have scored had he not thrown a wild pitch to move Ryan Zimmerman into scoring position.

“I just wanted to go in off the plate with the pitch, and it went farther in than I wanted to,” O’Sullivan said.

O’Sullivan could make a couple more starts this month before right-hander Chad Billingsley possibly joins the rotation. Billingsley made his first rehab start Friday with Triple-A Lehigh Valley, but if O’Sullivan makes the most of his opportunity, who knows? Maybe he remains in the rotation.

“I believe he has another start in him,” Phillies manager Ryne Sandberg said. 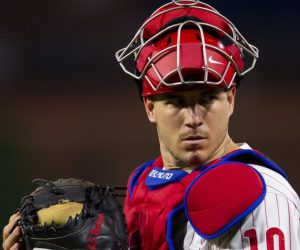 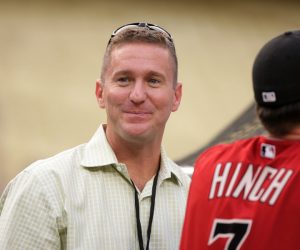 WHY IS JOSH BYRNES IS LEADER IN CLUBHOUSE FOR PHILS TOP JOB? 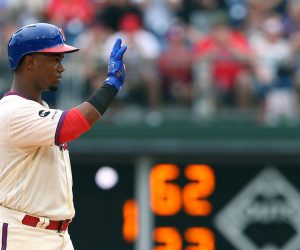