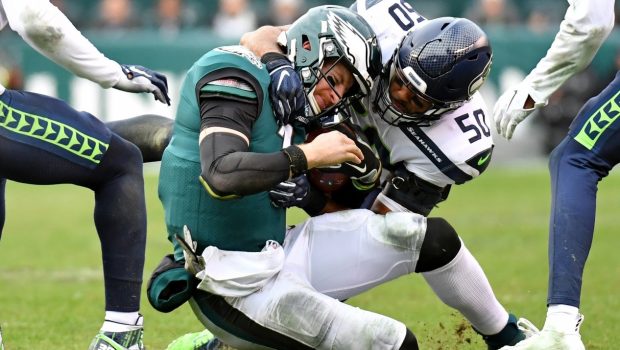 SEAHAWKS PLAYED LIKE THEY KNEW EAGLES PLAYS: MAYBE THEY DID!

K.J. Wright says he, #Seahawks knew exactly what Eagles were doing. There were calling out Philly’s plays before they ran them, on certain downs/distances. TE screens, in particular. @thenewstribune

That harkens back to a time when a former Eagles head coach’s system was routinely dissected and exploited.

Following a dominant Seahawks win over the Birds back in 2014, Wright said of Chip Kelly’s offense:

Was it easy? I’ll tell you when I was watching film, I was a little surprised how basic their offense was. They’re running stretch plays, zone flicks. The Eagles did simple stuff we see all of the time.

The tempo wasn’t a factor at all… We communicated out there, like we always do, but the Eagles are a pretty simple team. The Eagles did the same old stuff that they always do. There was no confusion. They throw screens, they tried to hurry-up, but when you’re not completing the ball, that’s kind of tough to do.