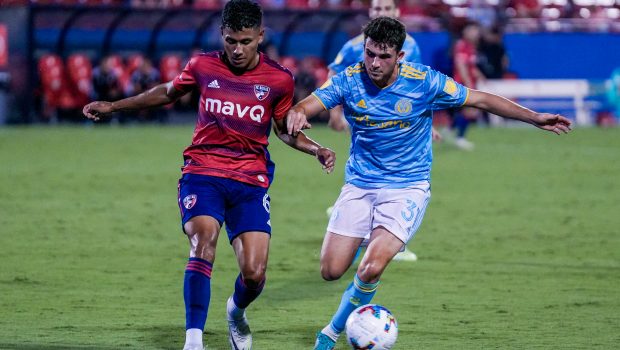 Jesus Ferreira scored in the 34th minute and the FD Dallas defense and goalkeeper Maarten Paes scratched out a 1-0 victory over the visiting Union..

Dallas has never lost to the Union at home, producing seven wins and one draw while outscoring Philadelphia 15-3 in those games.

Philadelphia ruled the action over the first 15 minutes, sending ball after ball deep into Dallas territory but never finding the goal.

Ferreira got the home side on the board in the 34th minute, taking his time to switch from his left foot to his right after a pass from Paul Arriola before ripping a shot into the lower left corner beyond Blake’s reach.

Sebastian Lletget also garnered an assist on the scoring play.

The goal was Ferreira’s 15th of the season, tied for second in the league. He is three off Dallas’ single-season record.

The Union (13-4-9, 48 points) lost for the second time in three games but have still won six of their past eight matches. They remain atop the Eastern Conference standings, five points ahead of second-place CF Montreal.

Philadelphia is now tied with Los Angeles FC for the fewest losses in the league and still leads MLS with 20 goals allowed.

Ferreira was assessed a yellow card in the second half and will miss Dallas’ road match against Nashville SC on Sunday because of caution accumulation.

The Union will visit last-place D.C. United on Saturday.