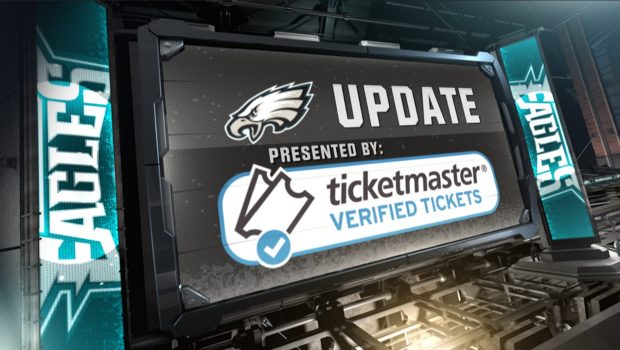 If you’re planning to head to the Linc for Sunday’s Eagles-Colts game and are going online to score your tix:

Ticketmaster is accused of colluding with scalpers — and collecting double fees in the process — in a weeks-long investigation published by CBC and the Toronto Star.

The outlets sent two undercover reporters to a live-entertainment conference in July, where representatives for Ticketmaster pitched them on TradeDesk, the company’s invite-only proprietary platform for reselling tickets.

The platform enables resellers to purchase tickets in bulk from Ticketmaster’s site, and then resell them for higher prices — with Ticketmaster taking a percentage of both sales — raising or dropping prices with the click of a button based on their assessment of fan demand.

While Ticketmaster has taken highly publicized legal action against bots and flagrant profiteers in the secondary market — including its own Verified Fan program, used recently by Bruce Springsteen, Taylor Swift and others — the report captures a rep on camera saying that Ticketmaster’s “buyer abuse” team will look the other way when such practices take place on its own platforms.

The rep, whose identity is blurred in the video, says “I have brokers that have literally a couple of hundred accounts,” for buying tickets in bulk on TradeDesk. “It’s not something that we look at or report.”

Asked whether Ticketmaster will ban scalpers who thwart ticket-buying limits — a violation of the company’s terms of use — a different company employee told one of the reporters, “We’ve spent millions of dollars on this tool. The last thing we’d want to do is get brokers caught up to where they can’t sell inventory with us. We’re not trying to build a better mousetrap.”

In a video demonstration at a conference in March from which media was barred (but was attended by the undercover reporters), a Ticketmaster employee said 100 scalpers in North America are using TradeDesk to sell between a few thousand and several million tickets per year. “I think our biggest broker right now has probably grabbed around 5 million,” he said.

The report also accuses the ticketing giant of timing the release of tickets to make it appear that demand is higher than it actually is in an effort to drive fans to the higher-priced options — and then releasing less-expensive tickets later.

In a statement included in the story, Ticketmaster’s SVP of communications said: “Ticketmaster is a technology platform that helps artists and teams connect with their fans,” the company said. “We do not own the tickets sold on our platform nor do we have any control over ticket pricing — either in the initial sale or the resale. In both cases, prices are set by the seller. We also do not determine when tickets are available for purchase or how they are allocated — those decisions are communicated to us by our client, the venue, after consultation with the event presenter.

“As long as there is an imbalance between supply and demand in live event tickets, there will inevitably be a secondary market,” the statement continues. “As the world’s leading ticketing platform, representing thousands of teams, artists and venues, we believe it is our job to offer a marketplace that provides a safe and fair place for fans to shop, buy and sell ticket sin both the primary and secondary markets.”

A Ticketmaster rep did not immediately respond to a request for further comment from Variety.