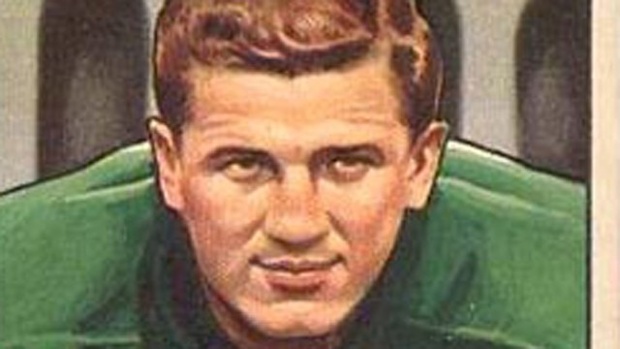 GOOD-BYE TO CHUCK BEDNARIK, THE GREATEST EAGLE OF ‘EM ALL

They came from all over the Lehigh Valley to pay respects to one of their own.

And also from Philly, where Check Bednarik made his bones as a Penn football player and then as the greatest Eagle of them all.

They came to Bethlehem’s Connell Funeral Home to honor the Liberty High School grad known as “Concrete Charlie,” who passed away last Saturday at the age of 89.

Former Eagles coach Dick Vermeil was one of the first to arrive. Other front office executives would later pass through, including team owner Jeffrey Lurie and president Don Smolenski.

Frank Gifford, the former New York Giant who Bednarik knocked out with his famous hit in 1960, sent flowers. So too did NFL Commissioner Roger Goodell.

But what brought many people to Bethlehem was the way they felt like Bednarik was one of their own.

“He wasn’t your typical player — he was your everyday guy,” said Bruce Frazer, wearing an Eagles jacket and making the trip from Washington Township, New Jersey. “That’s what I love so much about him, that he was a down to earth guy.”

Frazer met Bednarik once at the Holiday Inn near the Eagles stadium along with Bill Bergey. But his first memory of the 60-minute man was seeing him live at Franklin Field in the 1960 NFL championship game. Frazer had listened to games on the radio before then, but that was his first game. Bednarik made the last tackle of the game to preserve the 17-13 Eagles win.

“He was just an unbelievable player, gave 100 percent all the time,” Frazer said. “He was always my favorite.”

The consensus among Bednarik’s fans Thursday was that there will never be another football player like him.

That’s why they drove to Bethlehem on the cold, dreary day, to remember him once more.

Fathers brought sons, surely telling them all about the legend in the process. Others entered the funeral home alone, just wanting to pay tribute.

They remembered he liked the polka, but they remembered more that he was just one of them. It was the same thing that drew Frazer to Bednarik, that he came from a steel town, worked at a concrete company in the offseasons and after he retired, and never strayed far from his roots.