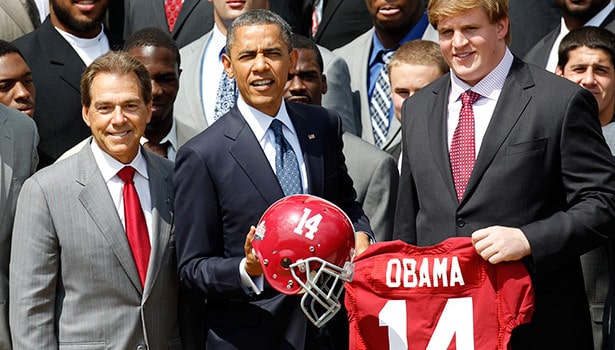 Wondering who the Eagles would turn to if battered and bruised center Jason Kelce goes down?

Jones was originally a fourth-round pick of the St. Louis Rams in the 2013 NFL Draft. The 113th overall pick, Jones played at Alabama under the tutelage of current Eagles offensive line coach Jeff Stoutland. Jones was a first-team All-America selection in 2012, helping to lead the Crimson Tide to a BCS National Championship. For his efforts, Jones became Alabama’s first Rimington Trophy winner as the nation’s top center.

Vandervelde is no stranger to the business side of the NFL, as he’s been signed and released multiple times by the Eagles over the course of his career. The Eagles signed him most recently in early October to give the Eagles some more depth up front.

As for the practice squad additions, Hepburn returns to the Eagles after spending much of the 2014 season on the team’s practice squad. The Eagles originally signed Hepburn, the Florida A&M product, back in September of 2014. He was waived/injured this past August. Meanwhile, Lee played his college football at Fort Valley State. Listed at 6-1, 185 pounds, Lee was signed as an undrafted free agent by the Atlanta Falcons in 2015 and was released earlier this season.