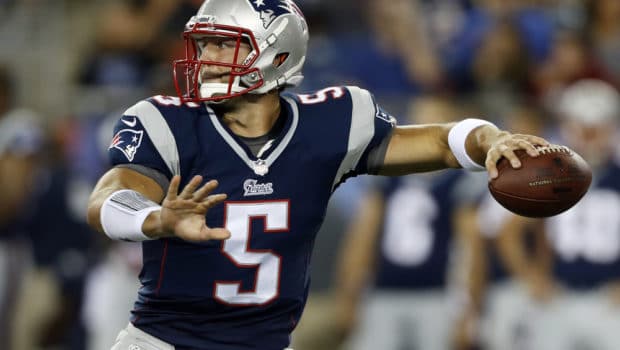 Delusional Tim Tebow, who washed out of the NFL after Chip Kelly took pity on him with the Eagles, is out with a new book — “Shaken: Discovering Your True Identity in the Midst of Life’s Storms” — and he’s been busy dropping bombs on the promotional tour for it.

First he talked about the brutal manner in which Pats head coach Bill Belichick cut him, and then, on WNYC’s Brian Lehrer show, he talked about how disappointed he was to see his time in New England end. Especially considering how bullish he was on his future there, even considering himself as Tom Brady’s heir-apparent:

“When I got to New England, it felt like, ‘this is where I’m supposed to be.’ I get to play behind one of the best of all time, Tom Brady, and then when he retires, it’ll be awesome, playing for Belichick, winning Super Bowls, and then it didn’t go the way I wanted it to.”