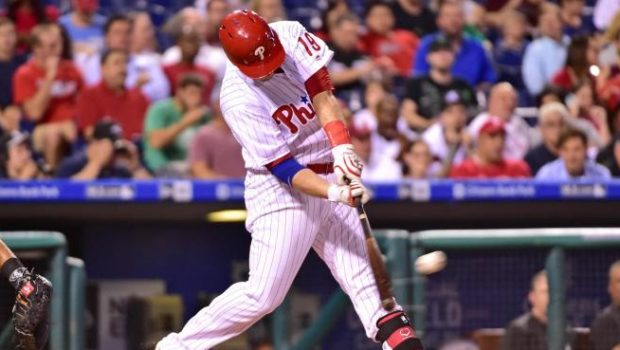 WITH SANTANA SIGNING, PHILLIES’ JOSEPH IS THE ODD MAN OUT!

So, how does that make Tommy Joseph feel?

He’s now the No. 3 first baseman on the roster behind Santana and Rhys Hoskins. Joseph, who at 26 is five years younger than Santana and last season hit 22 home runs, or one fewer than Santana, isn’t part of that or any other Phillies plan.

But he did enough in the past two seasons here to warrant work elsewhere in the major leagues.

Like Freddy Galvis’ announced departure last week, Joseph will be included in some trade for some longshot prospect or two, a deal which will at least give him some bats as a backup at first or DH for an American League budget team.

0 thoughts on “WITH SANTANA SIGNING, PHILLIES’ JOSEPH IS THE ODD MAN OUT!”