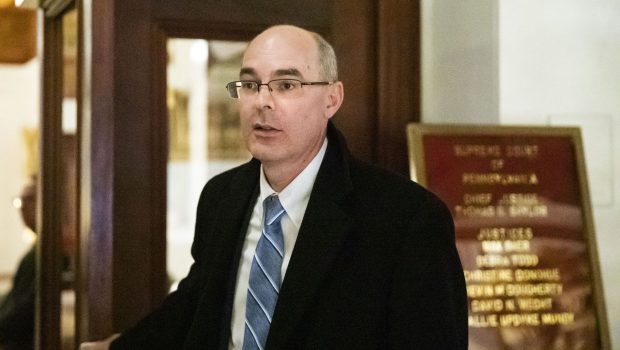 Former Pennsylvania Assistant Attorney General Frank Fina has been suspended from practicing law for overreaching the mandate of the grand jury supervising judge by asking questions of defendants that compromised their attorney-client privilege.

Fina, who led the investigation that culminated in the conviction of child molester Sandusky, a former Penn State assistant football coach, was ordered by the Pennsylvania Supreme Court to surrender his license for one year, plus one day.

The justices suspended Fina after the state’s Disciplinary Board determined that he improperly questioned a witness during the grand jury investigation in a way that breached the attorney-client privilege of three former Penn State administrators who were later charged with child endangerment in connection with the Sandusky scandal.

The decision to impose a year-and-a-day suspension is in accordance with the recommendation the Disciplinary Board handed up in June and means that, after completing the suspension, Fina will have to reapply for his law license.

The high court did not issue an opinion outlining its reasoning, but Justice David Wecht issued a concurring statement, saying that, as a prosecutor, Fina played a “special and distinctive role” in the justice system and had to be wary of crossing into areas protected by the attorney-client privilege during grand jury proceedings.