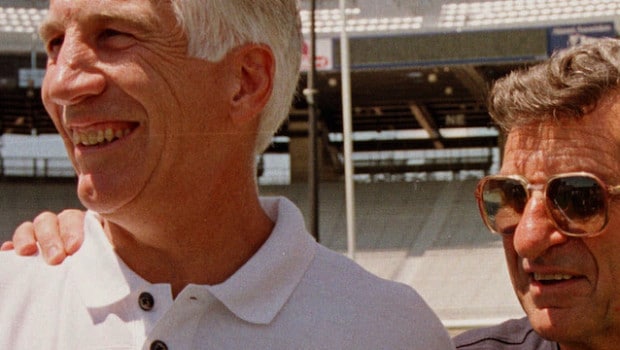 SANDUSKY PLUS 6: PENN STATE STILL STRUGGLING TO COME TO GRIPS WITH A SEXUAL ABUSE SCANDAL THAT SHOOK THE SCHOOL TO ITS CORE

In July, Penn State’s board of trustees met to discuss the most important issues facing a school system with 99,000 students and a $5.7 billion budget. It took about three hours before someone brought up Jerry Sandusky and Joe Paterno.

As the chairman tried to end the meeting, a hand rose from the back of the room. The chairman’s smile faded as he acknowledged an alumni-elected trustee.

Anthony P. Lubrano, a 57-year-old Philly area wealth management executive, launched into a lengthy statement assailing the board and administration. Lubrano’s criticism, as always, focused on the Freeh Report, the NCAA and the Penn State administration’s efforts to distance the university from the iconic coach.

“Hundreds of thousands of alumni who care about our past and our future have been deceived and, in the process, disenfranchised,” Lubrano said. “We will never heal without truth and reconciliation.”

Six years after the Sandusky scandal rocked Penn State, university leadership is still fighting a civil war over the case, a conflict fueled, in part, by weaknesses that have developed in investigations that concluded top Penn State officials covered up for the convicted child molester.