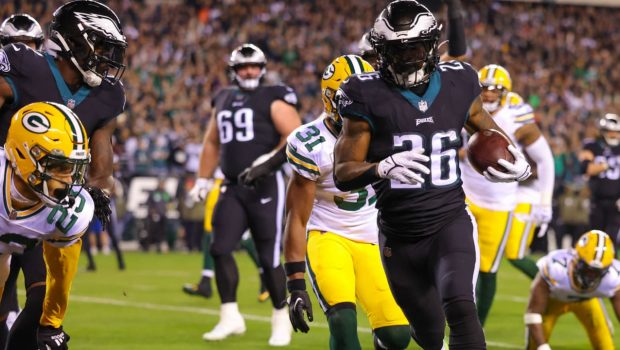 Miles Sanders rushed 21 times for 143 yards and two touchdowns in the Eagles’ 40-33 win over the Packers, adding 17 yards on three catches.

Sanders ripped off multiple long gains on the first possession of the game before giving way to Kenneth Gainwell for the first Eagles score.

Sanders scored on the next possession following a Josiah Scott interception.

He tacked on another score just six seconds into the second quarter on his way to his best fantasy performance of the season.

He eventually iced the game on a third down carry for a first down with under a minute remaining to play.

Sanders now prepares for one of the most difficult rushing matchups in the league as the Eagles get ready to face the Titans’ Derrick Henry in Week 13.