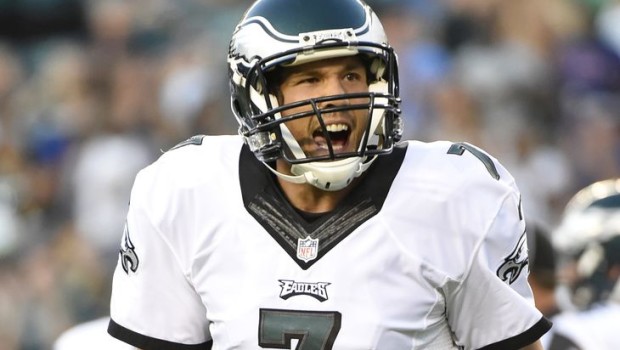 It’s come to this.

Because some bubbleheads in the lame-ass local media hate Sam Bradford, Eagles coach Doug Pederson actually had to declare that:

Bradford is the Eagles starting quarterback!

After the Eagles signed quarterback Chase Daniel on Wednesday, questions were raised about whether Daniel could unseat Sam Bradford as the starter.

But Pederson said yesterday that everyone understands the pecking order, and Bradford is ahead of Daniel on the depth chart.

So Bradford will open camp as the Eagles’ No. 1 quarterback. Realistically, however, Daniel’s familiarity with Pederson’s offense may give him a chance to out-perform Bradford and unseat him as the starter. And given Bradford’s injury history, there’s a pretty good chance Daniel will start at some time this season.

Pederson’s comments also strongly suggest that Mark Sanchez is not in the team’s plans. Although Pederson says it’s possible that Sanchez could be the Eagles’ third quarterback, his $4.5 million base salary makes it awfully unlikely that the Eagles will keep him. They’ll try to trade him, and if they can’t, they’ll release him.