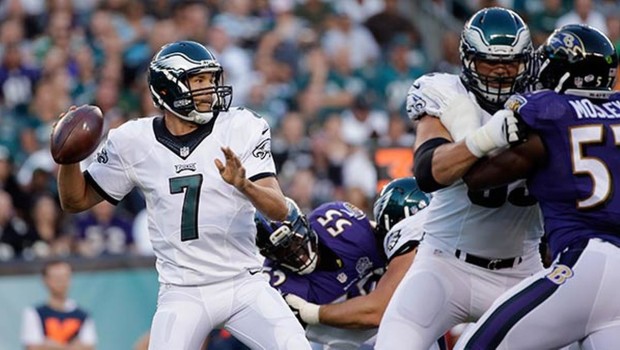 The Eagles, Colts and Bears are haggling over over Carson Wentz, and it’s not even close to being resolved, despite what so many breathlessly reported around the Super Bowl.

And his $10M roster bonus due next month remains an elephant in the room.

The Eagles paid Sam Bradford a huge chunk of money in 2016 and then dealt him anyway, to the Vikings, for a first-round pick.

Some believe ownership might be willing to – or ultimately may simply have to – swallow that kind of hit again to facilitate getting max compensation for what amounts to Philly’s backup QB at this point.

There are a ton of options out there including the draft, and a very limited market for Wentz.