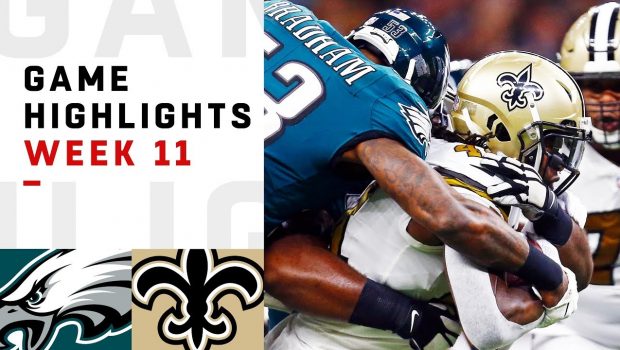 Drew Brees passed for 363 yards and four touchdowns, and the Saints won their ninth straight with a 48-7 demolition of the Eagles on Nov. 18 that marked the Eagles’ worst loss by far since they won last season’s Super Bowl.

In fact, it was the worst loss by a reigning Super Bowl champion.

“I haven’t gotten my (butt) kicked like that in a long time,” Eagles defensive end Chris Long said.

Brees completed 22 of 30 passes and did not turn over the ball, giving him 25 TD passes and only one interception this season. Brees’ fourth touchdown seemed to encapsulate New Orleans’ audacious approach to the game. He hit running back Alvin Kamara in stride down the right sideline for a 37 yards on a fourth-and-7 play that gave the Saints (9-1) a 45-7 lead early in the fourth quarter.