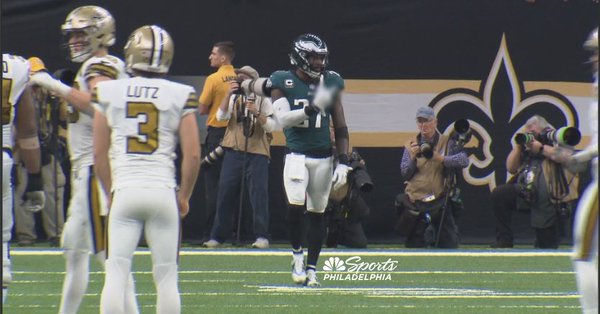 Malcolm Jenkins was beaten badly on a 4th-and-7 play when New Orleans was up big in the second half. Jenkins was caught one-on-one with Saints running back Alvin Kamara, who beat him for a 37-yard touchdown.

“I’m a competitor. I love Sean to death. I know what type of guy and coach he is. That was more so personal between me and him,” Jenkins told NBCSP’s John Clark.

“We talked after the game. It’s all good. I know Sean. They’re going to go for it. I was more so upset that it was on me,” Jenkins said. “I got a lot of respect for what they’re doing, especially Sean.”