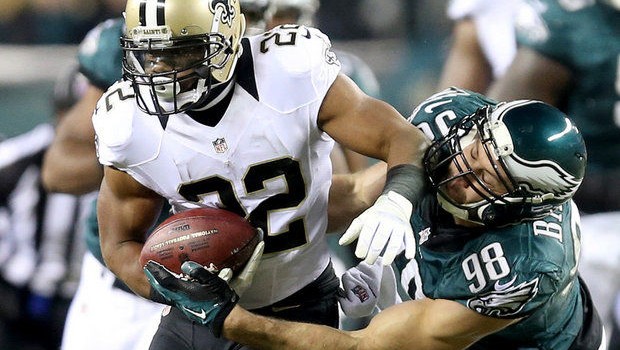 For Eagles fans who cannot possibly envision Cowboy DeMarco Murray in an Eagles uniform as a replacement for the traded Shady McCoy, how about:

Ingram, who becomes a free agent when his rookie contract with the Saints expires on Tuesday, appears to be on the Eagles’ radar. Lyons Yellin of WWL-TV in New Orleans has heard that the Eagles being interested in Ingram, whose straight-ahead running style may be more to Chip Kelly’s liking than McCoy’s east-west style.

If the Eagles were to sign Ingram, it would be the second straight season that they took a running back from New Orleans. Last year they acquired Darren Sproles in a trade with the Saints.

The Saints, however, don’t want Ingram to go, and coach Sean Payton has identified Ingram as a player he’d like to keep. That’s easier said than done because the Saints simply don’t have much cap space, and the Eagles have a lot of cap space. If it’s a matter of money, the Eagles can pay Ingram a lot more than the Saints can.