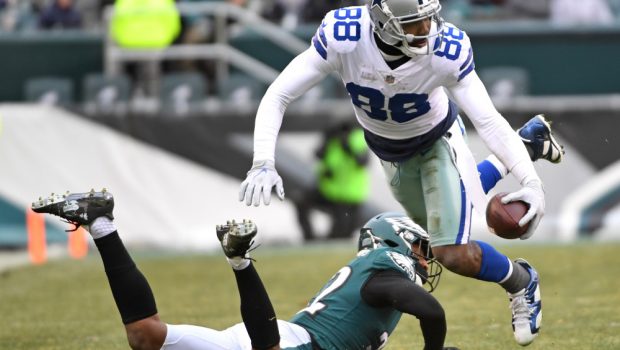 SAINTS DEZ BRYANT TEARS ACHILLES: OUT FOR EAGLES GAME, BEYOND!

The Eagles won’t have to worry about the Saints’ Dez Bryant burning them on Nov. 18.

The Saints fear that Bryant tore his Achilles tendon on the final play of yesterday’s practice, a source confirmed to ESPN NFL Insider Adam Schefter. The news was first reported by the NFL Network, which said Bryant was to undergo an MRI.

But a source told Schefter that testing on Bryant’s Achilles is considered “a formality,” as doctors already believe it is torn. The injury is expected to sideline Bryant for eight months, putting him on track to potentially be ready for training camp next year, when he again will be a free agent.

“This is the ultimate test.”