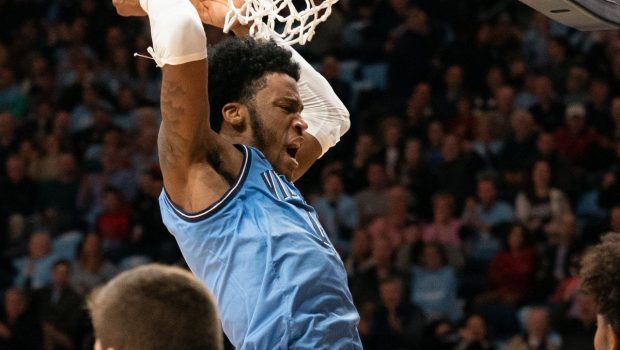 SADDIQ BEY GOES TO PISTONS AT 19: ANOTHER NOVA 1ST-ROUNDER!

Villanova wing Saddiq Bey was drafted by the Detroit Pistons, who claimed the 19th overall pick through a series of trades that started with the Brooklyn Nets and the Los Angeles Clippers.

Bey spent two seasons with Villanova and made 60 starts. He averaged 11.9 points, 4.7 rebounds and 1.8 assists per game while shooting 46.9 percent from the field.

With Bey’s draft selection, it marks the fourth year in a row that at least one Villanova player has been picked in the NBA Draft, and makes it three of the last four years that they’ve had at least one first rounder.

Additionally, he is the eighth player from Villanova to be picked in the first round since the year 2000. He is grouped with those aforementioned four players, along with Randy Foye, Kyle Lowry and Michael Bradley.