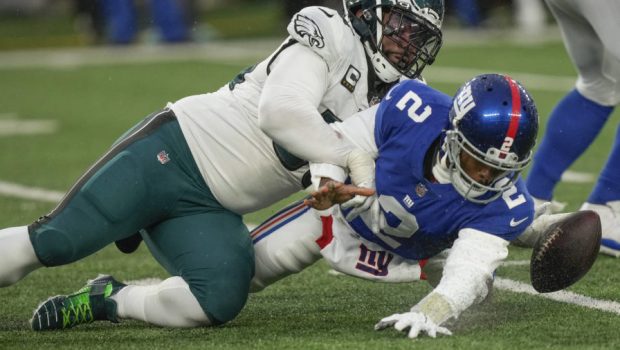 The Eagles may have lost to the Cowboys on Christmas Eve to fall to 13-2 on the season.

But USA Today still places them No. 1 in their newest NFL rankings:

Since sacks became an official statistic in 1982, no team had had at least six in four consecutive games … until now.

If Philadelphia can extend its streak to six weeks, it will overtake the 1984 Bears (72) for the most sacks by one team in a season.

And if DE Brandon Graham adds one to his personal total, four Iggles will be in double digits.

Makes getting by in the short term without injured QB Jalen Hurts a bit easier.