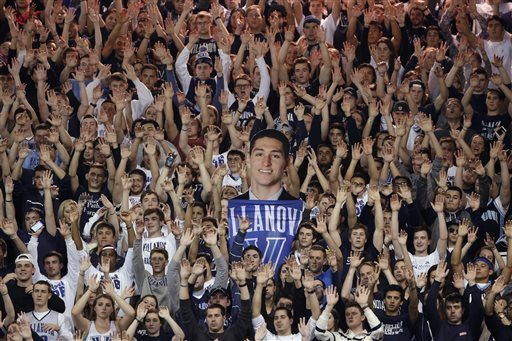 Ryan Arcidiacono’s 2014-15 started slowly, and the Villanova point guard began hearing that he was no longer the leader of the Cats the way he had been when he was a freshman and a sophomore.

He’s not hearing that stuff anymore.

Arcidiacono had 18 points and six assists, Dylan Ennis finished with 17 points and six rebounds, and No. 5 Villanova made a season-high 15 3-pointers to beat Xavier 88-75 on Wednesday night at the Pavilion.

Josh Hart added 15 points and seven rebounds for the Wildcats (16-1 overall, 4-1 Big East), who have won three straight conference games by an average of nearly 15 points since their only loss of the season.

Center Matt Stainbrook scored 17 points on 7-for-8 shooting to lead Xavier (11-6, 2-3), which outscored Villanova 46-18 in the paint. J.P. Macura and Jalen Reynolds added 14 points apiece for the Musketeers.

Villanova, which came in shooting 35.3 percent from 3-point range, made six 3-pointers in the first seven minutes and shot 15 for 34 from long-range for the game.

Trailing by 23 early in the second half, the Musketeers reeled off 11 straight points to cut Villanova’s lead to 61-49 with just under 10 minutes remaining.

But Ennis buried his sixth 3-pointer of the game to slow down Xavier’s rally and Arcidiacono made his fourth 3 on Villanova’s next trip down the floor. Before that stretch, the Wildcats had missed eight straight 3-pointers, which allowed the Musketeers to get back into the game.

After Macura’s fourth 3-pointer sliced Xavier’s deficit to 10 with five minutes left, Villanova scored eight straight points to put the game away, highlighted by a crucial three-point play from Hilliard.

The Wildcats made eight of their first 12 3-point attempts and finished the first half shooting 50 percent from behind the arc to take a 45-27 lead into halftime.