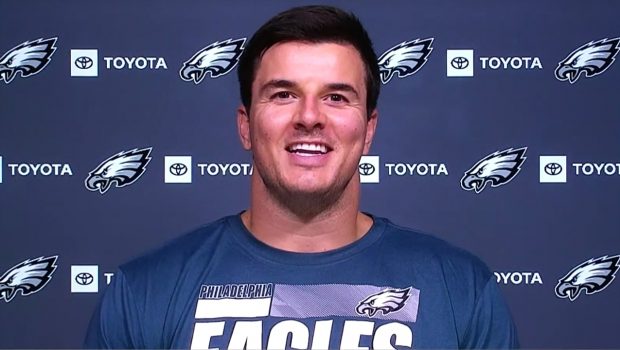 The Eagles signed him in May, and the former Philly nemesis who recorded 13 1/2 sacks against the Birds when he played in DC, is ready for Tuesday’s training camp.

Kerrigan has more QB hits against the Eagles than any other team. The 6-4-inch, 265-pound lineman and his wife Jessica rescue bulldogs.

“If it’s up to my wife, we would have a 101 Dalmatians here,” Kerrigan says with a giant smile.