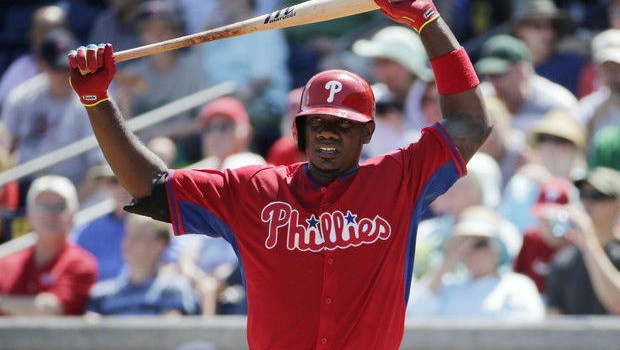 RUF AND RYAN HOMER IN PHILLIES 6-3 WIN OVER BRAVES

It was bombs away for the Phillies yesterday.

Howard, who arrived at spring training in excellent shape after slumping to a .223 with 23 homers last year, went 1 for 4 and is hitting .217.

Ruf followed Howard in the third inning with another homer off Atlanta starter Mike Foltynewicz, who allowed three runs in 2 2-3 innings.

Foltynewicz is fighting for one of the final spots in the Braves’ rotation but has allowed runs in each of his four starts. He has a 7.04 ERA this spring.

Severino Gonzalez started for the Phillies and allowed four hits in three scoreless innings. He hasn’t pitched at the major league level, but he is considered one of Philadelphia’s best prospects.