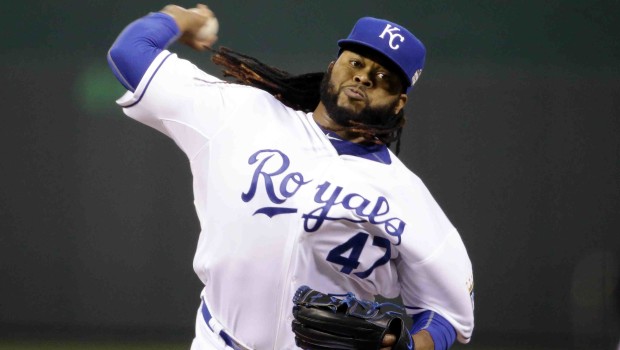 Game 2 of the World Series didn’t have nearly the drama of game 1, but if the New York Mets don’t make a quick adjustment neither will the rest of the 2015 World Series.

After the Kansas City Royals’ 7-1 victory Wednesday night, they now are two wins away from winning their first World Series championship in 30 years.

The series may not be over, but if these first two games are any indication, the next time the Royals return to Kansas City, they’ll be picking up a World Series trophy at baggage claim.

The Royals, who were on the ropes in in the first round of the American League Division Series and staggered in the second round of the ALCS, now are tormenting the Mets.

The Mets have sent their best pitchers in the first two games, but Jacob deGrom suffered the same fate in Game 2 as Matt Harvey did in Game 1.

“I’m starting to expect this,’’ Royals second baseman Ben Zobrist told USA Today. “These guys have just proven that they’re able to do that as a club. We find a way to do it. And especially doing it in the playoffs when it counts the most.’’

The Royals nipped at the Mets all night, producing 10 hits without a homer, with the sell-out crowd of 40,410 at Kauffman Stadium celebrating as if George Brett was leaping into Bret Saberhagen’ s arms as he did in 1985.

World Series teams who have gone up 2-0 wind up winning the series 42 out of 53 times, including nine in a row dating to 1996. And it doesn’t look like that streak is going to be broken this year.

“We expected to compete for a world championship.’’

And they expected to win it, too.

DeGrom was the latest victim. He’s one of the best young pitchers in the game, going 3-0 with a 1.80 ERA and 27 strikeouts in his first three postseason starts, but he couldn’t throw his 95-mph fastball past the Royals, let alone his secondary pitches.

DeGrom made 94 pitches, and incredibly, the Royals swung and missed only three times. And of the 30 fastballs he threw, averaging 95-mph, the Royals didn’t swing and miss at one of them.

“No matter how hard he throws,’’ Royals center fielder Lorenzo Cain said, “we’re a good fastball-hitting team. As a team, we saw him great tonight.”

DeGrom had two strikeouts, equaling his lowest output of the season, leaving the Mets scrambling to figure out how they can ever get these Royals out with the Series going to Citi Field in New York for Game 3 on Friday night.