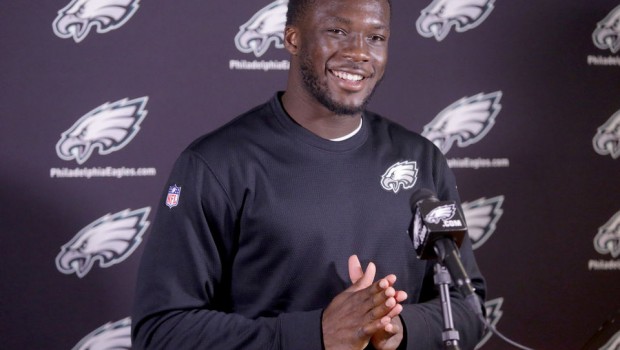 ROWE AT CORNERBACK, NOT SAFETY, IN EAGLES’ ROOKIE DRILLS

Secrecy was the order of the day at Friday’s opening of rookie mini-camp, and Chip Kelly had second-round pick Eric Rowe lined up at cornerback.

“But that could change tomorrow,” Rowe said with a smile.

Where Rowe will play is one of the bigger questions facing the defense heading into next season.

The Eagles’ biggest need on defense is safety and Rowe, who played both cornerback and safety at Utah, would seem to be the natural solution to the problem.

Although he played cornerback last season, Rowe spent his first three seasons at Utah at safety.

On Friday, however, Rowe was at cornerback, and was lined up against first-round pick Nelson Agholor during the first day of practice.

Will he stay at cornerback?

Rowe said new defensive backs coach Cory Undlin expects him to not only know the cornerback position, but also safety and nickel.