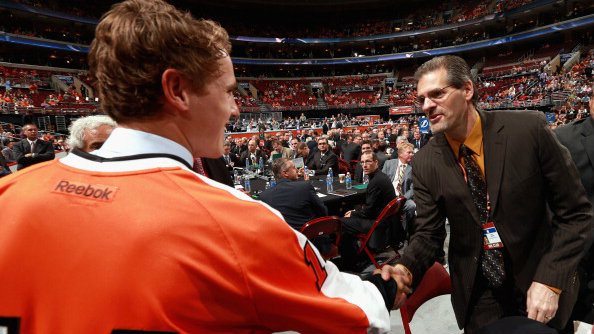 ROUNDING UP THE FLYERS 2014 DRAFT PICKS

JESPER PETTERSSON
Defenseman
Hometown: Stockholm, Sweden
Age: 19 (20 on July 16)
Height: 5-8
Weight: 187
Central Scouting ranking: Unranked among top 140 European skaters after being ranked 72nd in its midseason rankings.
2013-14 league: SuperElit & Swedish Hockey League
2013-14 stats: 2 goals, 6 points and 29 PIM in 7 SuperElit games for Linkopings and 1 assist, 30 PIM, minus-8 in 48 games for Linkopings HC
The skinny: Was eligible for the draft for the third time after being passed over the last two seasons. … Played for Sweden in World Juniors this year and was suspended for a game after leaving the penalty box to join a fight in a game against Russia.