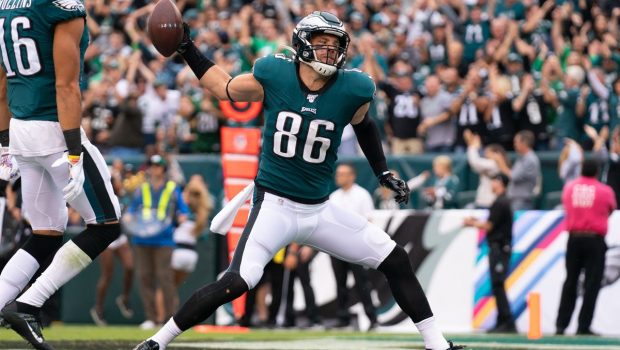 WHY THE 4-4 EAGLES WILL STAY IN THE MIX BUT MISS THE PLAYOFFS!

The Eagles are searching for an offensive identity and have suddenly become a run-heavy team despite having a healthy Carson Wentz at quarterback.

They rank 32nd in Football Outsiders’ variance metric, meaning it’s impossible to know which team is going to show up each week.

The Eagles are the only team to beat the Packers, but overall they’ve underachieved.

They’ll stay in the mix until late December but will ultimately miss out on a playoff berth.