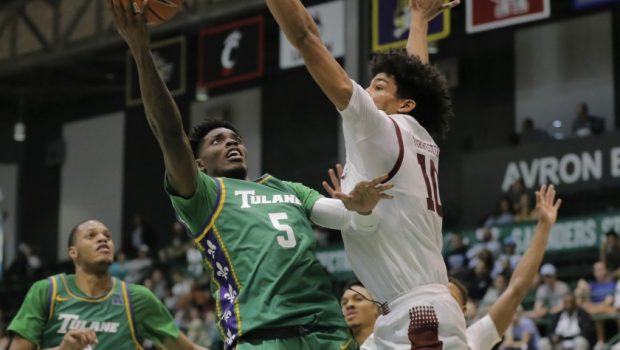 ROSE RALLIES TEMPLE PAST TULANE — NEXT UP NOVA!

Rose and Scott combined to score Temple’s last 10 points as the Owls, who trailed by as many as 13 in the second half. Rose stripped the ball from Tulane’s Teshaun Hightower at the top of the circle and raced downcourt for a dunk that tied the game 66-66, then followed with four straight free throws. Scott added two more from the line with one second left.

The Owls leveled the season series against the Green Wave with the win. Tulane defeated Temple 65-51 on Jan. 11.

Temple takes on No. 15 Villanova at home on Sunday.