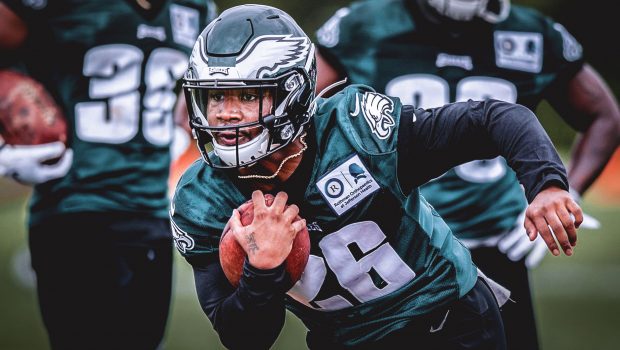 ROOK MILES SANDERS IS EAGLES RUNNING BACK OF THE FUTURE!

The Eagles may have traded for top-notch Jordan Howard, but rookie Miles Sanders is their running back of the future.

Philly picked up Sanders in the second round of the draft, a selection that garnered rave reviews thanks to Sanders’ breakout junior campaign at Penn State in which he racked up 1,274 yards and nine touchdowns.

With Howard being a north-south runner, Sanders should be a great change-of-pace back in the Eagles’ system.

Of course, Sanders will be batting with guys like Josh Adams and Corey Clement for touches, so he will need to prove himself in training camp in order to win over Doug Pederson and the rest of the coaching staff.