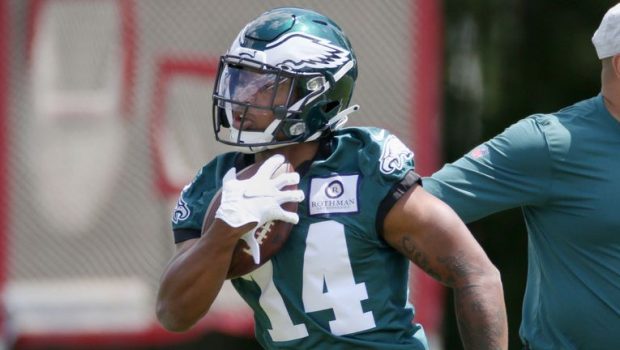 The Eagles just finished two days of joint practices against the Jets in north Jersey before tomorrow night’s final exo at MetLife.

And the clear consensus is that rook running back Kenny Gainwell is more than ready for the real games, especially the passing game.

He was targeted on multiple plays during one goal-line series.

Miles Sanders will be the lead runner for the Eagles, and even he is impressed:

“He probably has the best hands in the room. I’m not afraid to say that,” Sanders said about Gainwell.

“He has very natural hands. He practices without gloves, just to make it easier on him when he does put gloves on. And I like that.”