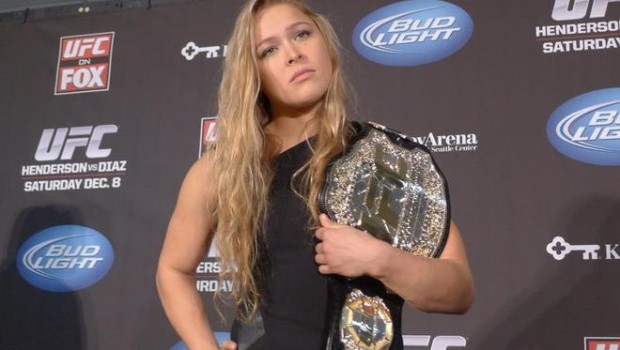 Ronda Rousey sure knows when to launch a perfectly timed attack.

The UFC women’s bantamweight champion won the “Best Fighter” award at Wednesday night’s ESPYS, beating out Floyd Mayweather Jr., who won the award in 2014. Holding her ESPY and looking directly at ESPN’s cameras, she delivered an impeccably smooth verbal jab at Mayweather — one that she’s been waiting to serve for over a year.

“I wonder how Floyd feels being beat by a woman for once,” she said. “I’d like for him to pretend to not know who I am now.”