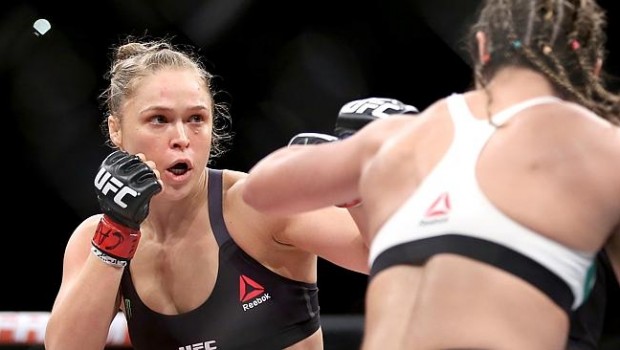 WHY RONDA ROUSEY IS THE BEST ATHLETE IN THE COUNTRY!

On August 2, Ronda Rousey—an Olympic bronze medalist in judo-turned-mixed martial arts fighter—fought again in the UFC octagon. Rousey, the UFC women’s bantamweight champion, defeated her opponent, previously undefeated Bethe Correia, in 34 seconds, approximately the time it takes the average human to walk down the average cereal aisle in the supermarket. At 28, Rousey is both a supreme athlete and a mordantly fast worker: Her three fights before this one lasted 14 seconds, 16 seconds and 1 minute 6 seconds, respectively.