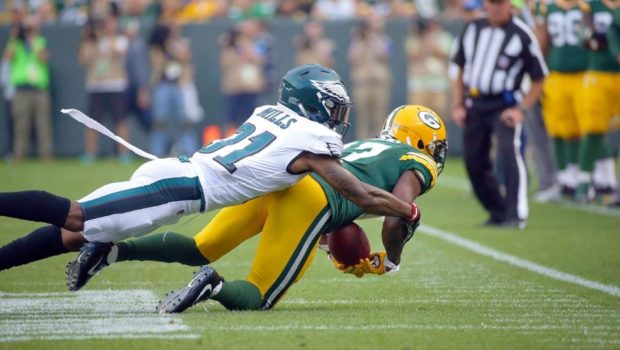 Jalen Mills got a lot of attention last year by dying his hair green, so he was nicknamed “The Green Goblin’’ by his teammates.

“It definitely got me noticed,’’ Mills says. “But playing good at the same time helped too.’’

“It’s every day, day in and day out, you have to compete,’’ Mills said. “You can’t just have one good day and think you have a place. You have to do it every day in practice and then at the end of the week the coaches decide who’s going to play.’’

This offseason the Eagles added a veteran cornerback in Patrick Robinson through free agency and drafted Rasul Douglas out of West Virginia in the third round. (They also drafted Sidney Jones, out of Washington, in the second round but he could miss most, if not all, of the season with a torn Achilles.) The team also let both of last year’s starters, Nolan Carroll (free agent to Dallas) and Leodis McKelvin (released) leave.

And yesterday they traded for Ronald Darby.

Mills was asked to cover some of the game’s top wide receivers as a rookie, including division rivals the New York Giants’ Odell Beckham, and the Dallas Cowboys’ Dez Bryant. He also got to see the Atlanta Falcons’ Julio Jones.

“The guys I had to go up against,’’ Mills said. “I think that’s going to help a lot going into year two.’’

Still, the 23-year-old Texas native isn’t taking anything for granted. The hard work he put in as a rookie to earn playing time isn’t going to help him in his second season if he doesn’t continue to work just as hard this summer.

“Right now, going through the OTAs and all of that, nothing is for certain,’’ Mills said. “Regardless of what they say, there’s really no depth chart. I’m trying to stay grounded, stay humble as possible, and keep grinding, working hard. I have to get through the OTAs and then camp and just elevate my game.

“I try to work on something different in my game every day. One day it might be my footwork, the next day my eyes, the next day my hands, zone, man, just working on all facets of my game. Then when it comes time for the coaching staff to choose who is starting or whatever, they’ll have nothing but good things to say.’’