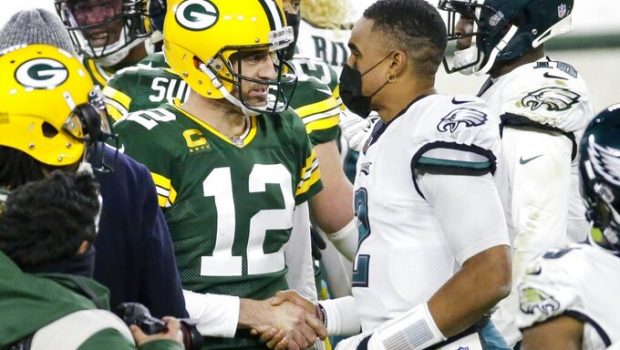 Aaron Rodgers would cost a boatload of cash, but the Eagles could snag him for a year or two, use the draft to bulk up their defense and give him a Super Bowl swan song.

The Eagles are no rebuild.

Packers now head into the off-season projected to be $44.8 million over the salary cap, the NFL’s second most challenging off-season position behind only the New Orleans Saints. pic.twitter.com/CSJUHfvKTd