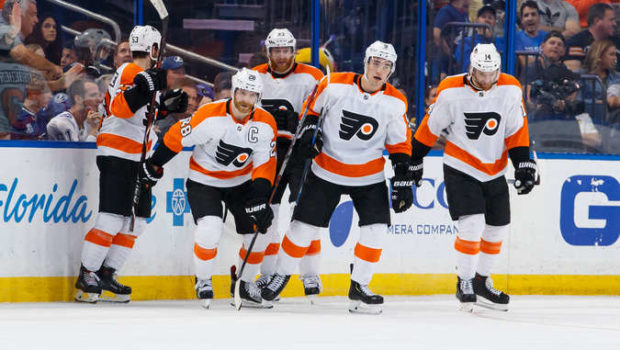 The Flyers finish up their final road trip with back-to-back games in Dallas and Colorado.

They have been strong in the second game of back-to-backs this season going 8-4-1 including 5-2-1 when both games are on the road.

The Flyers have points in three-straight games in Colorado (2-0-1), including winning the last two. This was after they went winless at the Pepsi Center from 2003 to 2014 (0-4-3). Valtteri Filppula has the most points (23) of any Flyers players against the Avalanche, but most of those came when he was with the Red Wings.

The Flyers finish the week with an April Fool’s Day matinee at home against the Boston Bruins. Philadelphia is 0-2 against Boston, being outscored by only a 6-2 margin. Claude Giroux has 24 points (7G-17A) in 32 career games played against the Bruins, but only has one assist in the 2 games played this season.