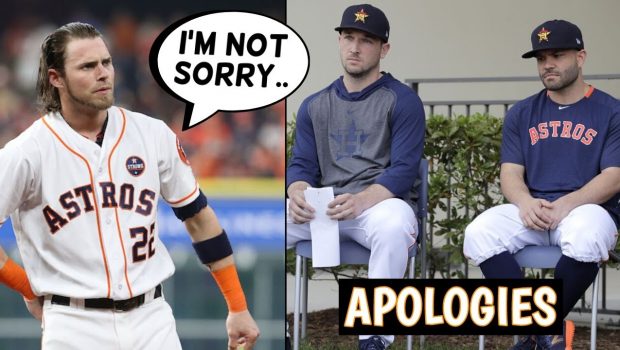 Well, now that was cleared up, Manfred has to deal with the furor he caused when he limited the terms of punishment for the Houston Astros sign-stealing scandal.

It’s been one week since spring-training camps opened, yet the game remains consumed by the electronic sign-stealing scandal that tainted the Astros’ 2017 World Series title and truncated – possibly ended – the careers of four accomplished baseball officials.

Manfred admitted yesterday it will be impossible to put the Astros’ misdeeds to bed – the club’s numerous public relations missteps helped ensure that – and aimed to clarify or contextualize the biggest scandal this game has seen since at least the steroids era and perhaps further back.

So, first in a 45-minute ESPN interview and then in an annually scheduled session with reporters in Florida for spring training, Manfred tried lurching the game toward closure, announcing a series of soon-to-be-implemented measures to safeguard the game from technology-driven cheating, while knowing he has no control over where this news cycle is going.

Not when All-Stars and MVPs are sniping at each other daily, from the Dodgers’ Camelback Ranch facility in Phoenix to the compound the Astros and reigning champion Washington Nationals share in West Palm Beach, where veteran catcher Kurt Suzuki admitted to reporters he was getting too old for this.

Not when the Boston Red Sox still await punishment for their own sign-stealing scandal that encompassed the 2018 season.