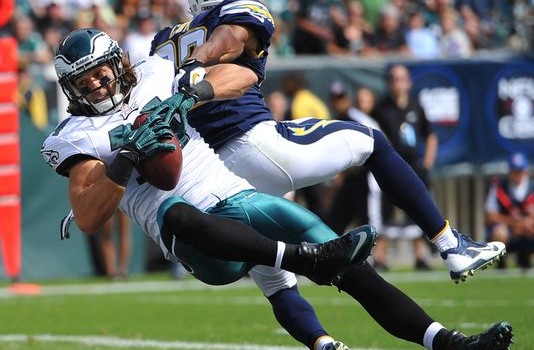 In answering a question about receiver Riley Cooper, Eagles quarterback Nick Foles may have dropped a hint about what he — and by extension the rest of Birds players — thought about the talented and tempestuous DeSean Jackson.

Foles was asked why he thought Cooper made so much progress in 2013. The answer was telling.

“Riley is such a hard worker,” Foles said. “…he’s really into all the team things. That’s what I love about football. You have to buy into the team things. Football can’t be about a bunch of individuals.”

Foles made it clear what he thinks of Cooper, too.

“He made me look good last year,” Foles said. “He’s my receiver. I have his back.”

All grist for the mill for the Eagles Sept. 21 game at the Linc against the Redskins, who signed receiver Jackson last March when the Eagles cut him.