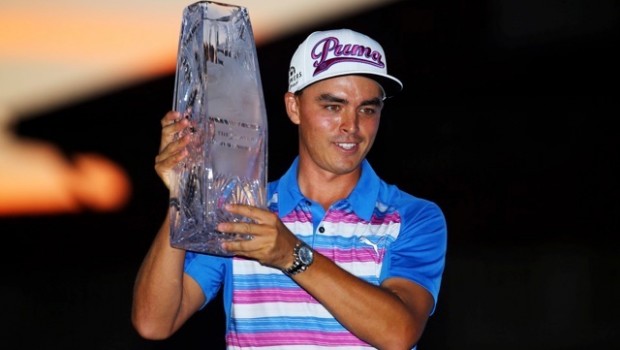 ‘OVERRATED’ FOWLER SAW RED — SO DID HIS CARD —AND WON PLAYERS

If you thought Rickie Fowler played the Players Championship like a man possessed, there was a very good reason.

Fowler arrived at TPC Sawgrass to news that his peers had voted him and Ian Poulter as the most overrated players in the game.

Publicly he gave no indication the Sports Illustrated poll bothered him. Privately he was seething, those closest to him said, including swing coach Butch Harmon.

Using the stinging result of the survey as extra fuel, Fowler played a brilliant stretch of golf late on a hot, sun-drenched Mother’s Day to win the biggest tournament of his career.

With four birdies and an eagle in his last six holes — the final red number coming from 17 feet on 18 — and two more birdies in four holes in a playoff against Kevin Kisner and Sergio Garcia, Fowler won the Tour’s flagship event with a 5-footer on the fourth playoff hole as chants of Ric-kie, Ric-kie, Ric-kie roared through the fading sunlight.