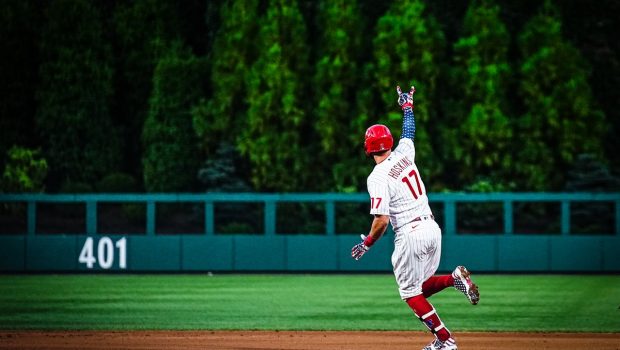 That includes four homers in his last five games after breaking the scoring ice in the bottom of the fourth with a solo homer off Adam Wainwright that hung over the middle of the plate.

Rock on with ya pen pals, Big Fella 🤘 pic.twitter.com/Yk3FphMJUd