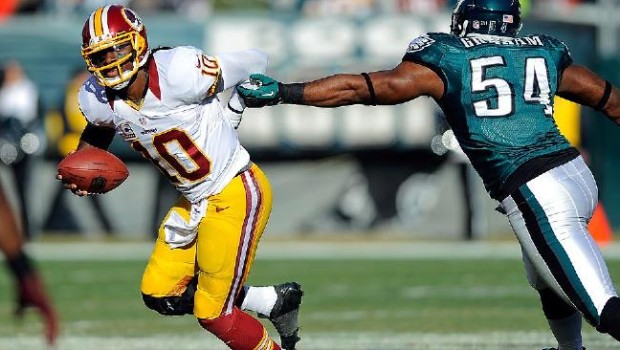 Robert Griffin III says he trains every day and would be willing to return to the NFL.

A commentator for ESPN, RGIII reportedly piqued the interest of a few NFL teams this spring when he ran an unofficial 4.48 40-yard dash in Rich Eisen’s charity event.

“I am ready to go right now. I train every day. I throw and workout. I know what it takes to get my body ready and I am doing those things,” said Griffin, 32, who last played for the Ravens in 2020, rushing for 68 yards on seven carries and throwing for 33 yards and an interception before suffering an injury in his lone start that season.

“Yes, it is a little bit tougher when you are flying around everywhere doing stuff for TV, but when you really want something, you make it work. So, if I get that call this year, next year, or five years from now I will be ready to play.”

Griffin would make some sense as a backup quarterback in an offense predicated on a mobile signal caller. The Eagles and Ravens come to mind