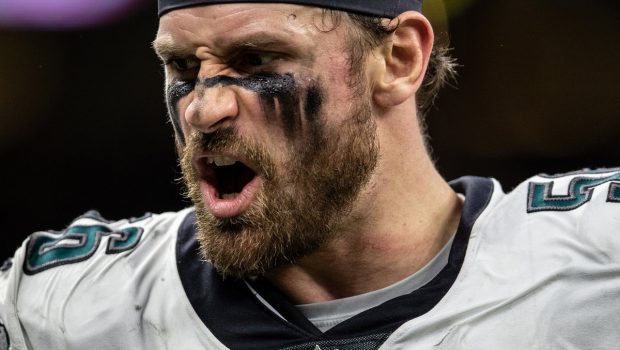 The Eagles are saying good-bye to defensive end Chris Long.

And with him a big chunk of salary cap space.

They put him on the league’s reserve/retired list yesterday.

The move frees up $5.3 million in salary cap space.

The Eagles will incur a $300,000 dead money penalty due to prorated bonuses in Long’s contract.

The move also opens up a roster spot for the team to use.

The Eagles had around $21.9 million in salary cap space prior to Long’s retirement, according to Over The Cap.