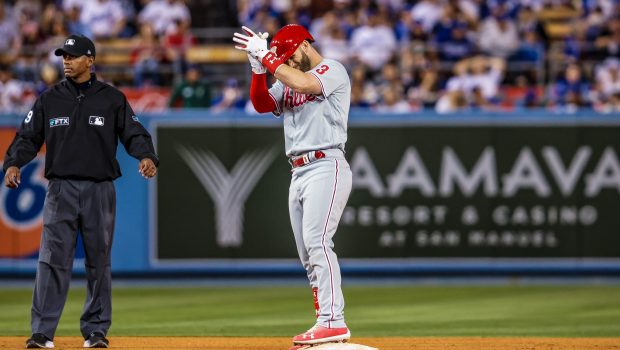 Bryce Harper homered, doubled twice and went 3-for-4 in a 12-10 win over the Dodgers in extra innings.

Harper also drew a pair of walks and scored two runs. One of those runs scored came in the 10th inning after he was intentionally waked on a two-run double by Nick Castellanos that proved to be the winner.

The homer was a solo shot in the eighth inning that extended the lead to 9-7, and it proved necessary with the Dodgers scoring a pair in the bottom of the ninth.

He’s likely to be an MVP contender again as long as he can stay on the field.