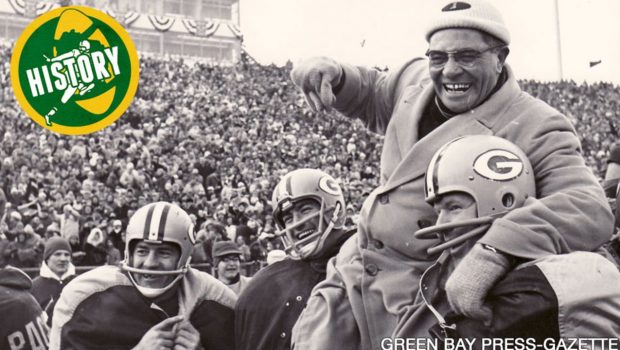 Green Bay fans have always been recognized as a loyal and hearty bunch. But one wouldn’t have faulted even the most loyal “Packer Backer” if he’d decided not to attend the 1967 NFL Championship game between the Packers and Dallas Cowboys. Played at Lambeau Field on December 31, the temperature at game time registered a frigid 13 degrees below zero. Nonetheless, more than 50,000 parka-clad fans braved the elements that New Year’s Eve and watched in awe as the Packers claimed their third consecutive NFL title, with a 21-17 victory: