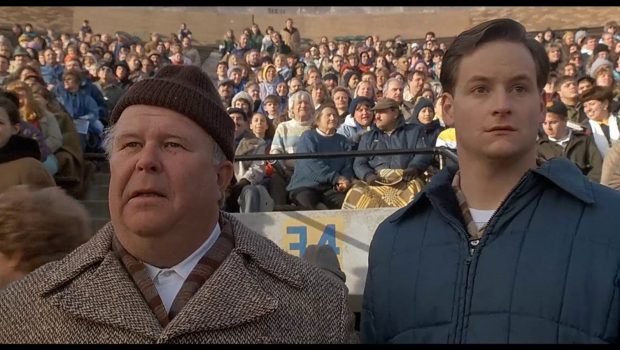 REMEMBERING THE LATE, GREAT NED BEATTY WITH SCENES FROM ‘RUDY’

Actor Ned Beatty, who appeared in more than 160 films and who was once nominated for an Academy Award for Best Supporting Actor for his role in “Network”, has died at 83 years old.

Beatty was known by Notre Dame fans for his role in the 1993 film “Rudy” in which he played the underdog football player’s father and declared Notre Dame Stadium’s field “…the most beautiful sight these eyes have ever seen”.

As great of a line that is, perhaps my favorite part of that movie isn’t Rudy recording the sack at the end of the game (sorry for the spoiler but it’s been almost 30 years), but instead when he delivers the news to his father at work that he had been accepted to Notre Dame:

The movie “Rudy” is such a good one, not only because of the story, but because of the complexity of characters around him: The groundskeeper played by Charles Dutton, his friend played by Jon Favreau and his doubting turned prideful father played by Ned Beatty. #RIPNedBeatty pic.twitter.com/jiRTS6Tjcc