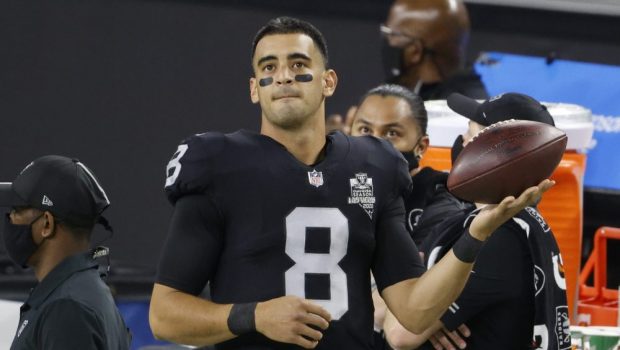 The lame-ass Philly media fed the hope that the Eagles would trade up from 20 to 3 in the draft to pick Marcus Mariota back in 2015, and now Ben Standig of The Athletic is teasing us again:

Sam Darnold offers the most intrigue, among personnel executives contacted by The Athletic, but Marcus Mariota and Jameis Winston have fans.

Of those three, Mariota has the best chance to change teams, perhaps within the next week or at least before free agency opens later this month.

And, while Philadelphia wouldn’t seem like an obvious landing spot — Jalen Hurts remains, and Mariota and Carson Wentz are repped by the same agency — one prominent league source said to keep an eye on the Eagles if Mariota is traded or released by the Raiders.