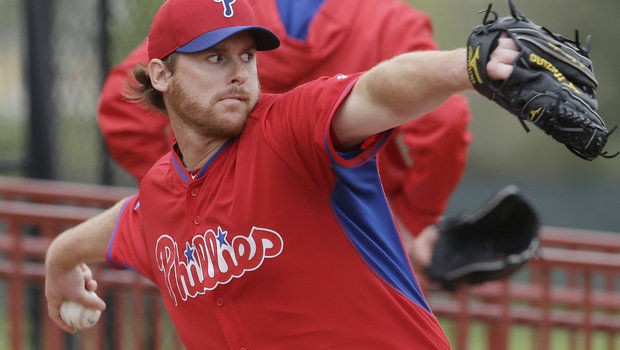 Chad Billingsley will start Friday night for the Lehigh Valley IronPigs against Pawtucket as he continues to come back from two elbow surgeries.

The Phillies signed the 30-year old over the offseason. He has made just two major league starts since the end of the 2012 season, undergoing Tommy John surgery in 2013 and a surgery to repair a flexor tendon in 2014.

IronPigs manager Dave Brundage said everyone in the rotation will just get bumped back a day with Billingsley sliding into Friday night’s game.

Billingsley last threw 40 pitches over three innings in a spring training game last week. He will likely need a few starts before he is ready to join the Phillies.