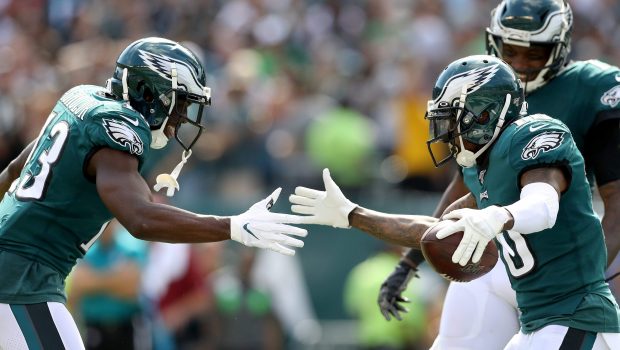 REDSKINS BLEW A 17-0 LEAD TO EAGLES, AND WAPO WRITER NOTICED!

If you didn’t watch the Washington Redskins’ game Sunday, if previous experience convinced you to do something less painful — like drop a bowling ball on your foot — then you might think that Washington’s NFL team could take constructive messages from its 32-27 loss to the heavily favored Philadelphia Eagles at Lincoln Financial Field. But you would be wrong.

Whether you listened to the frustrated, disgusted Washington coaches and players or just looked at the ugly numbers, the conclusion was simple:

The Redskins had a golden chance for a stunning season-starting win, leading 17-0 in the second quarter. But that chance turned to lead as the Eagles scored 32 of the next 35 points and outgained them by an unfathomable 373 to 80 over the next 31 minutes.

When the moment of crisis came, the Eagles woke up and the Redskins fell out of bed.

New Redskins quarterback Case Keenum was asked innocently if, “results aside,” he could take some satisfaction in his first game with a new team — which included 380 passing yards and three touchdowns. “It’s hard for me to say, ‘Results aside,’ ” said Keenum. “Up 17-0, we got to win.”