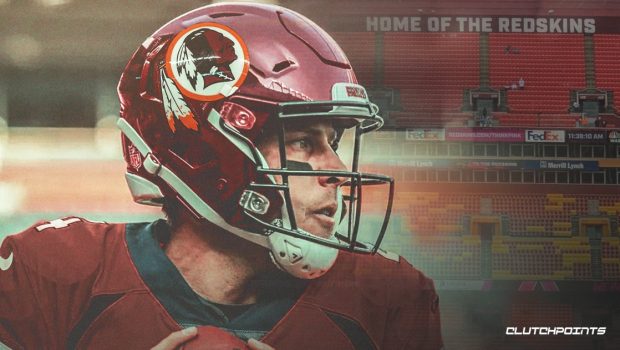 Case Keenum has been named as the starting Redskins quarterback for the season opener against the Eagles on Sept. 8.

Vegas says no, since the line just moved from 8 1/2 to 9 with the Birds favored at home.

“Case has come in and picked up the offense extremely well, had great confidence and command over the team,” Gruden told reporters. “At the end of the day, we have great confidence that Case can lead us to a win against Philadelphia.”

Keenum was acquired in a trade this offseason from the Denver Broncos. Washington used the first of two picks in the opening round of the 2019 NFL Draft on quarterback Dwayne Haskins, the 15th overall selection, as Colt McCoy and Alex Smith continue to rehab from leg injuries.

The last time Keenum was the opposing quarterback at Lincoln Financial Field, it was on January 21, 2018 when the Minnesota Vikings were demolished by the Eagles 38-7 in the NFC Championship Game. Keenum got the Vikings on the board first with a touchdown pass to tight end Kyle Rudolph on the game’s opening drive.

It went downhill from there for Keenum.

“Yeah, I remember the feeling I had walking off that field. I don’t know if I could really put it into words, but I’ve used it. I plan on using it, continuing to use it,” Keenum said. “It’s not a good feeling to get that close to what you dream of, what everybody dreams of, and to not to be able to get to that next step when it’s one step away was tough. It was tough, but I’m definitely motivated.”

The Eagles’ first points came when Keenum’s pass was intercepted by Patrick Robinson and returned 50 yards for a touchdown and the rout was on. Keenum finished 28-of-48 for 271 yards with the touchdown and two interceptions for a 63.8 QB rating. This came one week after Keenum, who was the backup to Sam Bradford to open the season, threw the Minneapolis Miracle, a 61-yard touchdown pass to Stefon Diggs to beat the Saints as time expired.

Keenum signed with Denver as a free agent in 2018 after the Vikings signed Kirk Cousins to be the starting quarterback. He started all 16 games for the first time in his career and went 6-10 for the Broncos last season, completing 62.3% of his attempts for 3,890 yards with 18 touchdowns and 15 interceptions. The Broncos ranked 24th in points scored (20.6 per game) but surprisingly were 14th in offensive DVOA, according to Football Outsiders, although the passing game was 24th.